After revealing the massively anticipated trailer for Super Smash Bros. Ultimate at E3, Nintendo streamed an invitational tournament featuring the new game. For the event, Nintendo invited some of the world’s most popular and successful professional Smash players, including C9 Mang0, TSM Zero, and UGS Armada. The event can be watched in its entirety below:

The tournament showcased many of Smash Ultimate’s new characters, mechanics, and stages. Competitors also had the unique opportunity to meet with Smash series creator Masahiro Sakurai to give him their thoughts on the game. Back in 2014, Nintendo put on a similar event before the release of Super Smash Bros. for Wii U/3DS. Both of these events can be seen as attempts by Nintendo to grow a closer relationship to the eSports scene, which they had previously ignored. Newer games that have been released by Nintendo, including Splatoon 2 and ARMS, have been deliberately and earnestly pushed as eSports-worthy titles to varying results. 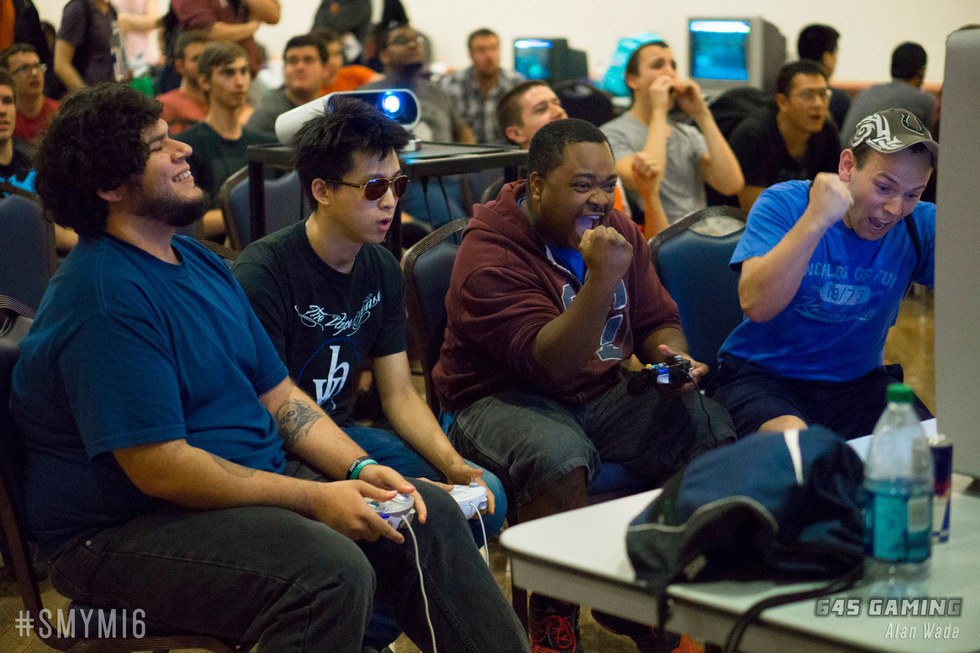 While competitive events surrounding Nintendo’s games have always existed, they really came into their own after the release of Super Smash Bros. Melee in 2001. While the game was easy to learn, dedicated players soon discovered many advanced techniques and playstyles that greatly increased the speed and depth of the game. For years, community organizers hosted bigger and better tournaments, complete with streams, casters, and prize pools. Whereas most competitive games have direct support from their developers, such as Capcom hosting Street Fighter tournaments, for whatever reason Nintendo did not acknowledge this bustling and popular community. In 2013, Smash fans even secured a spot for Melee at EVO, the world’s most popular fighting game tournament, by raising over $94,000 for breast cancer research (EVO’s last spot that year was reserved for the game that received the most charitable donations). However, despite their efforts, Nintendo attempted to shut the Smash portion of the event down. Facing massive fan backlash, especially in light of the charitable donations, Nintendo relented and allowed the event to proceed and be streamed online. Why Nintendo had been so adverse to eSports has never been completely clear, but Masahiro Sakurai has spoken on the matter:

“The philosophy behind them doesn’t go in line with Nintendo’s philosophy in that some of these players are playing for the prize money…it comes to a point where they’re playing the game for the money, and I feel that kind of direction doesn’t coincide with Nintendo’s view of what games should be.”

While this stance seems to be part of Nintendo’s core philosophy and will likely never change, they have certainly warmed up to eSports in recent years. Since the 2013 EVO blunder, they’ve sponsored tournaments for Melee, Smash 4, Splatoon, and more. Their involvement is still minimal compared to most developers, but it’s getting there. Hopefully, with the release of Smash Ultimate, Nintendo can find a balance between embracing the competitive scene without alienating casual players.

This crazy version of Super Mario will trip you out

Everyone is here with Super Smash Bros. Ultimate

Trending Is this cardboard arcade machine the best thing you can do with a Nintendo Switch?